Get ready for a 21st century equivalent of the Straits of Hormuz. In the 20th century the world’s biggest economic choke-point involved oil being shipped through this narrow strait between the Persian Gulf and the Gulf of Oman which provides the only sea passage from the Persian Gulf to the open ocean and hence is one of the world's most strategically important areas.

Soon it will be silicon ingrained in a few technology parks in South Korea and Taiwan.

Because today about a trillion chips are made a year, or 128 for every person on the planet and they are needed for our advancing technology with more devices and machines containing ever more semiconductors. As an example, an electric car can have over 3,000 of them.

Also, we have new types of computation booming, including artificial intelligence and data-crunching and as more industrial machines are connected and fitted with sensors we will see demand for chips soar even further.

For the last 50 years a multitude of chip firms has worked together to meet this ever increasing demand, worth $450bn in annual sales today. But we have seen the numbers of these firms dwindle as each generation of chips becomes technically harder to make than the last.

This has resulted in the number of manufacturers at the industry’s cutting-edge descend from over 25 in 2000 to just three!

This trilogy’s most famous name is Intel.

But Intel may actually stop making the most advanced chips and start to outsource more production, like almost everyone else and that would leave just two firms responsible for the new economic choke-point of the 21st century.

These are Samsung in South Korea and tsmc in Taiwan and the world’s largest companies including Apple, Amazon and Tesla rely on these two companies for their chips.

Both America and China lag behind although China is attempting to become self-sufficient in chips with over 50,000 firms registering that their business was related to chips in 2020 and we may be entering the start of an age of their manufacture in China.

Today, Taiwan is responsible for 20% of all chip manufacturing, and maybe 50% of cutting-edge capacity and China has long held claim to Taiwan as its own territory.

The potential for disruption between America and China is plain to see!

Let’s hope instead that we see Taiwan and South Korea give their firms more incentive to build factories around the world therefore avoiding chips becoming the commodity that creates a 21st century crisis moment akin to choking the oil supply in the 20th century.

When microchips were invented in 1958, the first significant market for them was inside nuclear missiles. Today about a trillion chips are made a year, or 128 for every person on the planet. Ever more devices and machines contain ever more semiconductors: an electric car can have over 3,000 of them. New types of computation are booming, including artificial intelligence and data-crunching. Demand will soar further as more industrial machines are connected and fitted with sensors. 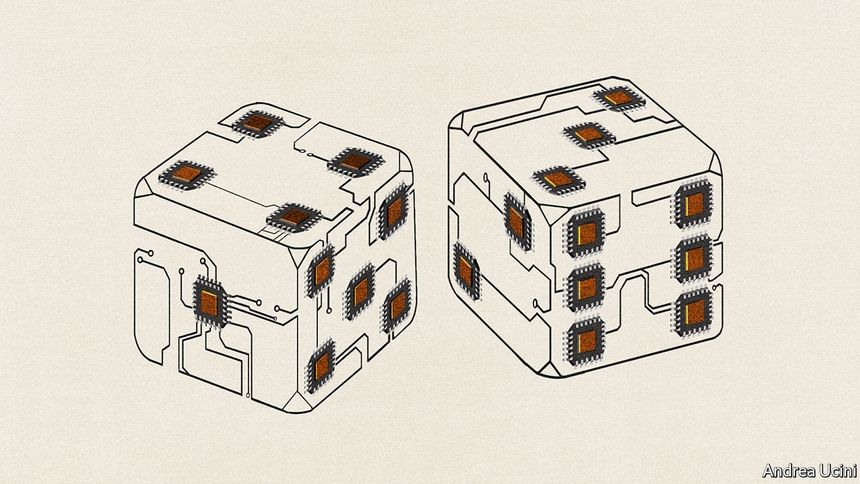 A trillion chips are made every year ... that’s 128 chips for every person on Earth! https://t.co/jgOzruJNOc

The age of their manufacture in China could be beginning https://t.co/JcBBo7nq6D

Technology and geopolitics - The struggle over chips enters a new phase https://t.co/oD1LfALj0i

The struggle over chips enters a new phase
The age of their manufacture in China could be beginninghttps://t.co/TuKxQ9G2RT

Chipmaking is being redesigned. Effects will be far-reachinghttps://t.co/CXT0kBhBZr

How to combine e-commerce and social media experiences to work together to drive more sales.
Gez McGuire

The future of AI-enabled advertising: how marketers can win in a first-party data world.
Gez McGuire

Get ready for YouTube shopping with video commerce.
Gez McGuire

Reputation Management is The Key for E-Commerce Brands to Boost Sales!
Gez McGuire